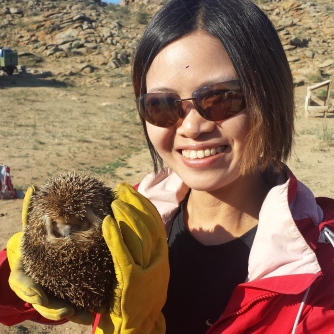 A fellow participant from Singapore holding a tagged long-eared hedgehog (Hemiechinus auritus) prior to its release. Note the thick gloves…they are sweet, but prickly fellows 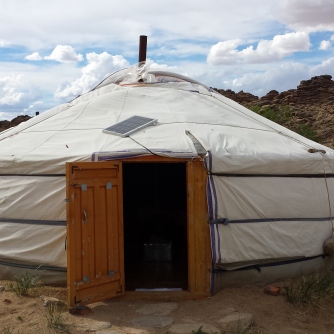 “Home Sweet Home”- A typical Mongolian ger which housed myself and two other researchers for the duration of the project.

Mention Mongolia and most people conjure up images of Chinggis (the more familiar Genghis is a westernized version) Khan commanding vast armies exploding out of the steppes of Central Asia and forging the world’s largest contiguous empire during the 13th century. Although Mongolia has physically shrunk to a nation a sixth the size of the United States it contains a diverse range of environments and cultures. With fewer than three million people (and most of them in the vibrant capital city of Ulaanbaatar), Mongolia has lots of room to accommodate one of the world’s largest populations of nomadic pastoralists. As many of 40% of the population drive flocks of sheep, goats and other animals across the extensive steppes while residing in portable homes called gers (the Mongolian version of a yurt).

Having taught courses in biology and environmental science for a number of years, I found myself poised to inaugurate a course in AP Human Geography this past year. I looked for a way in which to enrich what I have been doing in my established courses and to couple this to the material associated with the new AP Human Geography class. I found it in an ongoing research program being conducted at Ikh Nart Nature Reserve located in south-central Mongolia.  Earthwatch, a highly regarded non-profit that helps connect scientific researchers with citizen scientist volunteers, is helping to fund this research and provided the vehicle for my own participation. Specifically, the project was initially focused on investigating strategies to help the endangered argali sheep, the largest mountain sheep in the world. I found this especially appealing as I had previously worked with pronghorn antelope populations in southern Utah, a landscape and ecosystem similar to that of Ikh Nart.  While continuing to examine argali sheep populations, the research at Ikh Nart has subsequently expanded to include an examination of a number of additional species associated with the ecosystem. The ultimate goal of the work is to better understand these relationships and how they are impacted by growing human use of the area’s resources with an aim to engaging and empowering local people in its sustainable use. 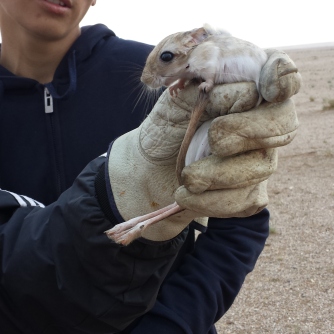 We humanely trapped, measured and tagged several different native small mammals prior to their release including this hairy footed jerboa (Dipus sagitta).

Another kestrel calmly awaits his hood

One of several raptor species that we studied, this lesser kestrel ( Falco naumanni ) awaits tagging. Note the hood to help keep him calm.

Parallel research on the archaeology of the region is also being conducted, providing a unique opportunity for potential collaboration and exchange between the disciplines. How exciting it seemed to me to be able to help better our understanding of threatened species through a cultural lens extending from the distant past to the existing nomadic peoples who inhabit the area.

Further, the research provides an opportunity to have my students examine parallel ecosystems in a singular fashion as southern Utah and Mongolia have much in common despite their geographical separation. Ecologically, both share a similar biome- the steppe, an arid landscape characterized by grassland plains and shrubby vegetation. As a result of my work there, my biology students have been able to directly compare the plant and animal species native to each place. More broadly, they have been able to investigate how these landscapes have influenced their human inhabitants while at the same time having been altered by the human presence. 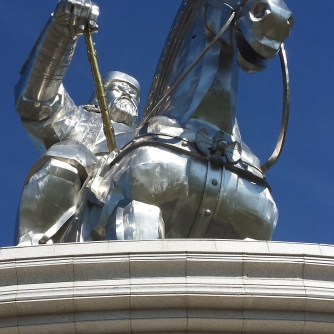 The capital of Mongolia, Ulaanbaator, is a bustling city of contrasts with striking accents of its rich history and promising future. Here a commanding statue of its most prominent native son, Chinggis Khan, looks out over the central city plaza. 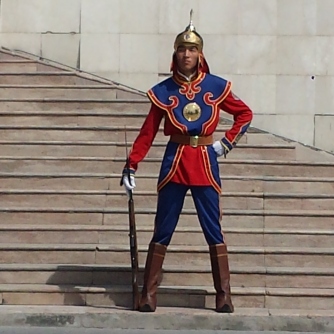 Dressed in traditional outfits this guard parades before The Government building in Sukhbaatar square. 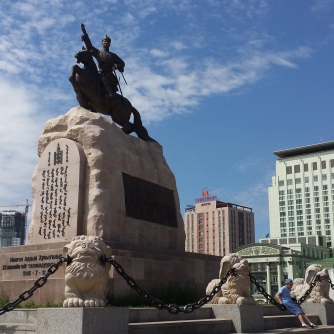 Statue of Damdin Sukhbaatar, a founding member of the Mongolian People’s Party.

The tallest building in Mongolia, The Blue Sky Tower, houses luxury office and hotel spaces and signifies the rapid pace of building in Ulaanbaator.

On the other hand, both landscapes have borne a heavy burden of excesses such as overgrazing and its negative impacts on both the ecosystem and ultimately upon its human inhabitants. My involvement at Ikh Nart has provided a great opportunity for my students to explore the interaction of geography, natural resources and the cultural development of the people who call it home. Further, most models of global climate change suggest that changes in precipitation patterns and intensity may cause many historically arid regions to become even more so. Will such changes effect the Mongolian steppes and the organisms and people that it harbors? My students have also been able to become engaged in analyzing the potential impacts of such an event and construct potential responses.

On an even broader scale, Mongolia serves as a model to explore the larger forces at play on a global scale. Having emerged from decades of communist rule, contemporary Mongolia finds itself in a challenging geopolitical position. Wedged between two autocratic giants (China and Russia) this lightly populated nation is poised on a threshold shared by many other developing nations as it struggles to develop as an independent, modern and democratic nation that remains respectful of its history. My students have been able to look at this dynamic through the specific lens of Mongolia.

This beautiful native plant is a type of saprophyte that derives nutrition from decaying organic matter. 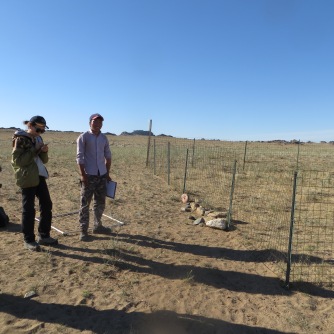 Two other Mongolian graduate students studying an exclosure which excludes grazing animals in an attempt to assess the damage grazing pressure has on natural communities. 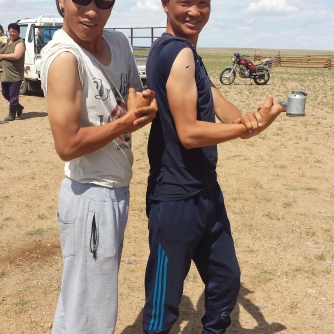 Two of the young Mongolian graduate students that we worked with show off their “guns” for the camera.

Our driver and a sheepherder friend (note the motorbike in the background, as herders prefer to save the wear and tear on their much prized horses) take a well-deserved break.

Today, more than ever, we strive to develop students who will engage constructively with our rapidly changing world. Fortunately, models of such global leadership already exist in the region. In many ways, Fr. Matteo Ricci, S.J. exemplified our shared mission of spreading the good news of the gospel in a culturally sensitive manner in 16th century China. His appreciation of science as well foreshadowed its central role in societal development. More recently, renown paleontologist and theologian, Fr. Teilhard de Chardin, S.J. searched this same Mongolian landscape in search of early hominid fossils. Today, strains of this earlier scientific research resonate in the research being conducted at Ikh Nart .

Conducting scientific investigation, whether in Mongolia or on Morrissey Boulevard, is much the same: Questions invite, if not demand, answers. A scientific methodology provides a rigorous and rational framework by which to best seek out potential solutions. A central goal of our science department is to provide our students with opportunities to employ their own growing analytical skills in concert with the tools and approaches of science in order to help them answer questions in new and powerful ways. As importantly, we help them to learn that powerful as it may be, science needs to be leavened by an equal appreciation of the moral and social implications of the research itself. It is an essential lesson and one that will serve them well whether their role is one of professional scientist or informed citizen.

Our camp in the Ikh Nart nature preserve was bathed each night in the glow of yet another stunning sunset.

Prior to banding and release, careful measurements are being made of this lesser kestrel.

In the remarkable papal encyclical, Laudato Si, Pope Francis calls for a redefinition of how we view creation and the role we and others play in it. Above all, it is a clarion call for informed individual and collective actions in restoring health to “our common home”. In contributing, in however small a way, through my actions as a volunteer at Ikh Nart to greater global health and awareness, I bear witness to the Pope’s call. I hope too, that as a role model to my students, I can also encourage them to join in this common cause

Lastly, I would like to personally thank the Hyde Center for Global Education who provided the institutional support, and the Winchenbaugh family whose extraordinary financial generosity has provided similar opportunities to so many of my colleagues as well. Through their vision and support, I have been able to invigorate and enrich my classroom instruction in a manner which would not have otherwise been possible. Thank you! 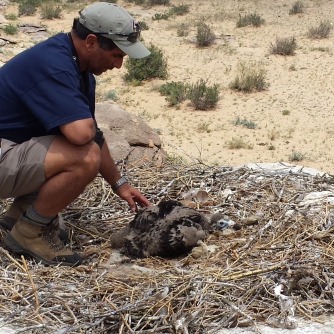 This researcher, who is Curator of birds at the Denver zoo, is calming down a young Cinereous vulture prior to taking measurements and banding

BC High’s Social Media Mash Up 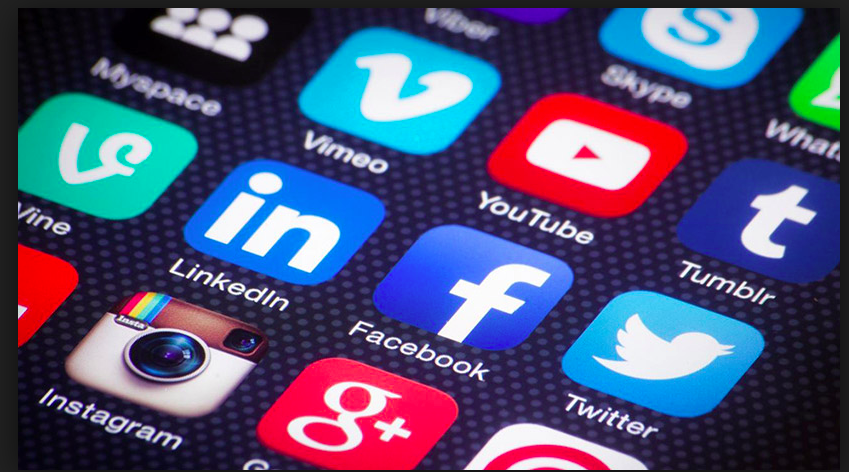 Tweets From The Academic Office